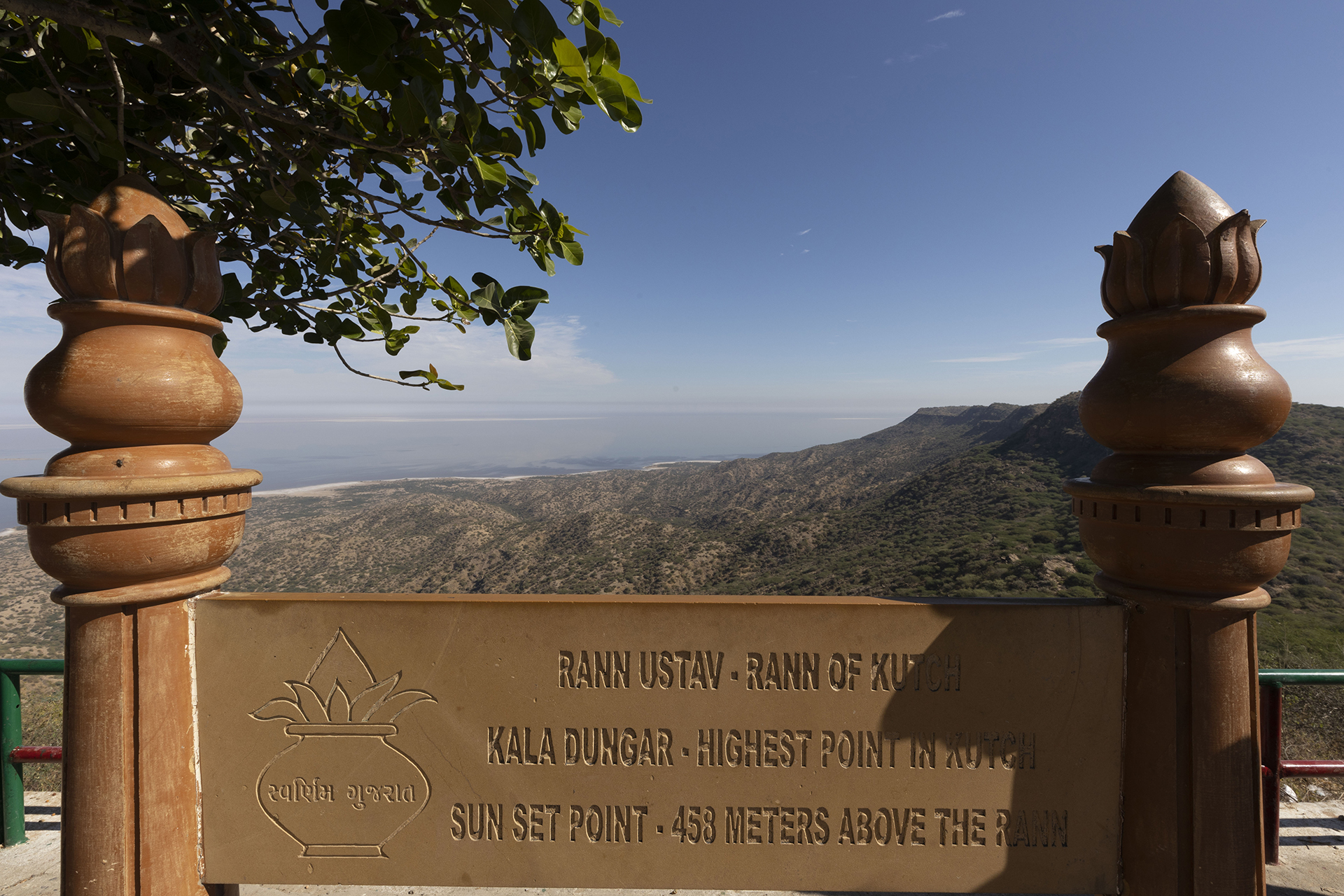 Black Hill (Kalo Dungar in Gujarati) is the highest point in Kutch, at 458 meters. At the top of this hill, you can feast your eyes on a magnificent view down to a sprawling White Rann. Located on the hills is a 400-year old temple dedicated to Lord Dattatreya. According to legends, Lord Dattatreya offered his body to starving jackals to eat. His body would regenerate itself continually even if jackals finish it to the last bone. For the last four centuries, priests at the temple prepare cooked rice for jackals, which come in the late evenings for a meal. 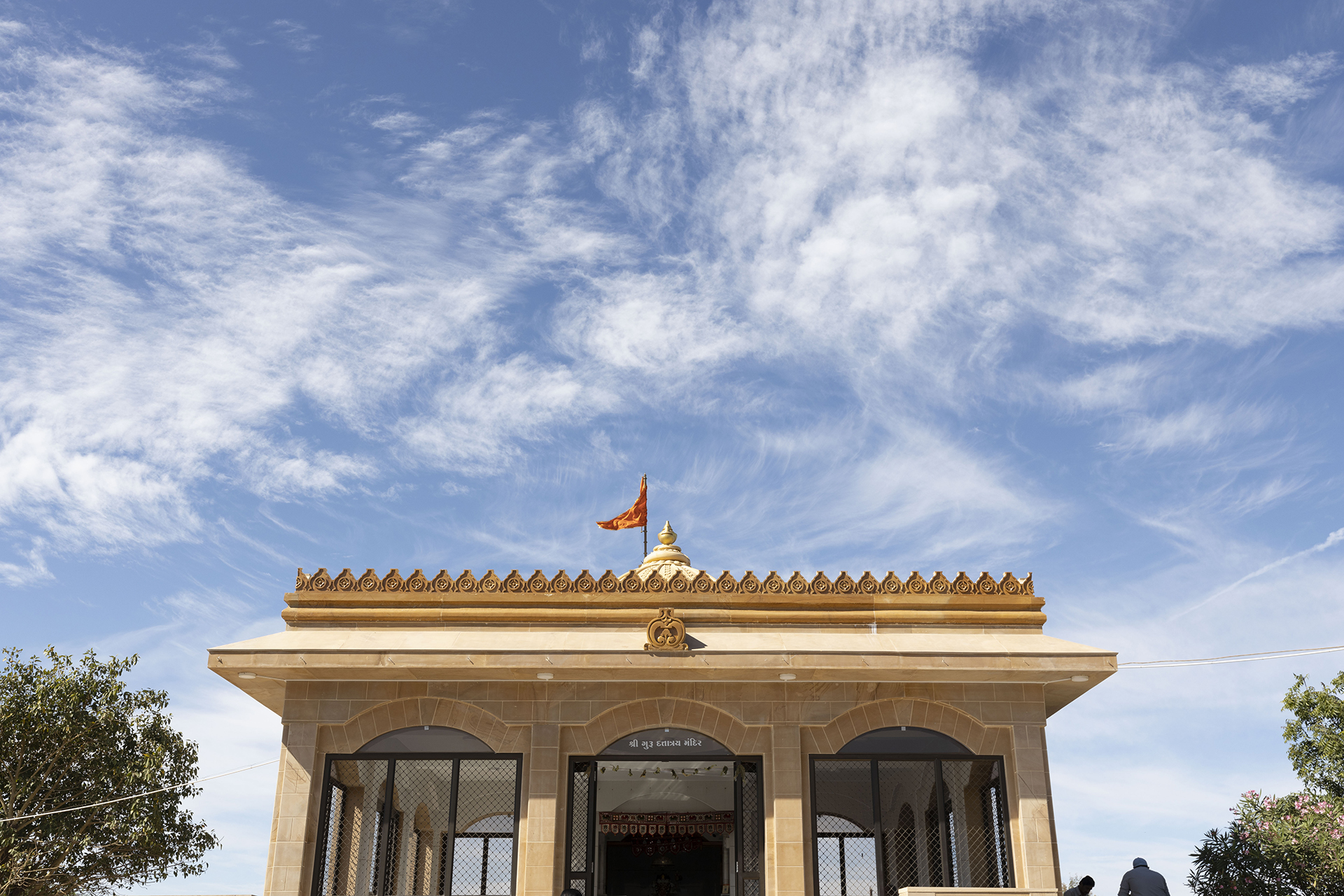 Another interesting thing about Black Hill is optical illusion caused by anti gravity slope; here, vehicles seem to defy gravity and roll up the slope. A team of experts from Gujarat State Disaster Management Authority (GSDMA), Institute of Seismological Research (Gandhinagar), and Indian Institute of Technology (Kanpur) conducted a research and confirmed that the vehicles gain speed because the slope is steeper than it appears to the visitors. 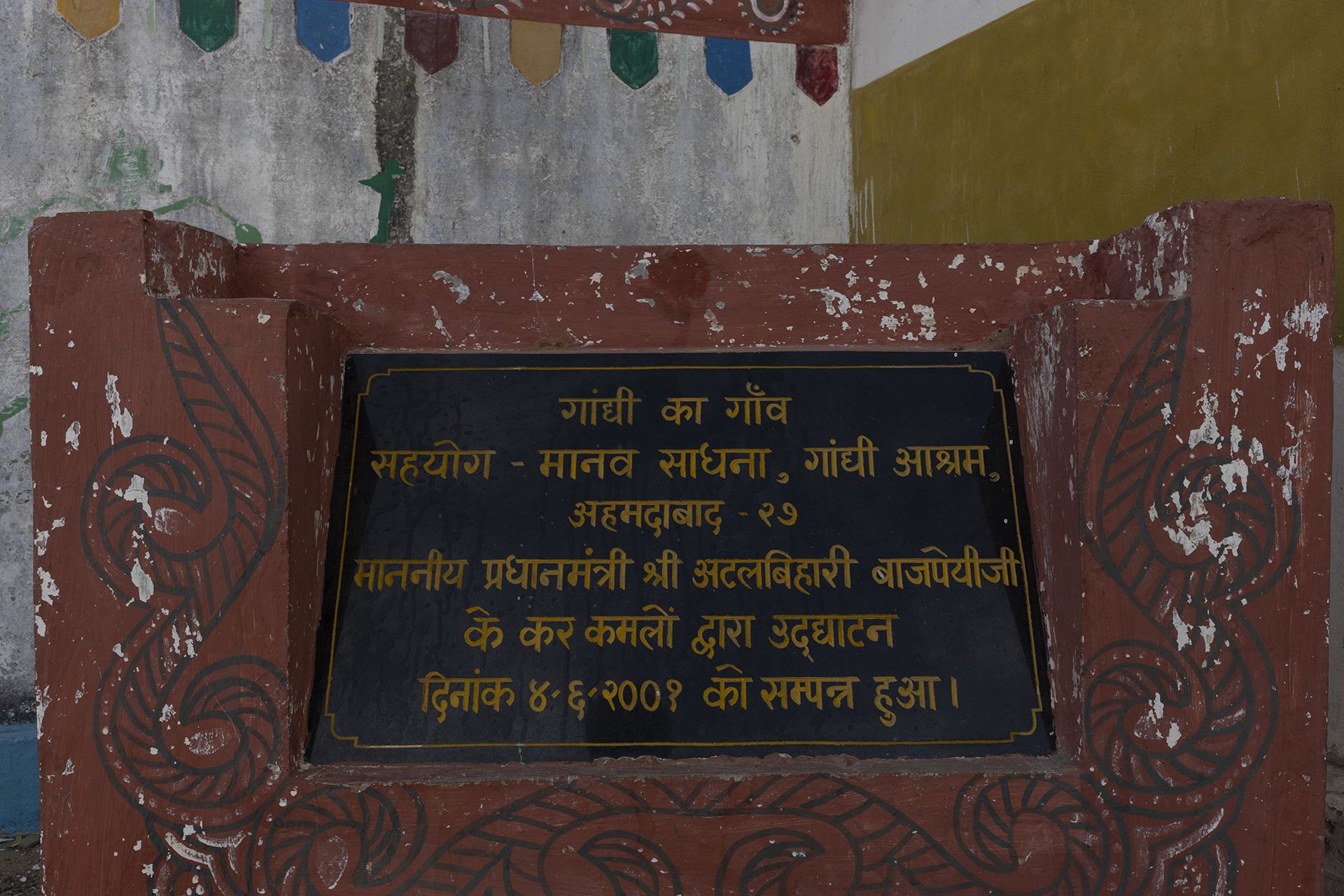 Gandhi nu Gaam (Ludiya) showcases the real spirit of Kutch and its locals, who hold ‘never-give-up’ attitude in the face of any calamity – natural or man-made. After the massive earthquake in 2001, the district was almost demolished – physically. Hundreds of people were killed in this devastating quake and thousands were left stranded and homeless. But people here are so strong-willed that they decided to resurrect like phoenix. With the help of state and central government, and other non-profit organizations, Kutch began to gain its former glory.

Gandhi nu Gaam is a hidden treasure of Kutch; this village was redeveloped from scratch by villagers in association with Manav Sadhna, Gandhi Ashram (Ahmedabad) and Vastu Shilpa Foundation. The combined efforts of villagers and NGOs resulted in 455 residential units, schools, health care centre, and other public and community utility structures.

Aachar Maya, a leader of weaver community in the village, spoke to Praveg’s team and shared interesting information about the village and his craft. This village is also known for its handicraft, which is the main earning source of people. The women-folk are engaged in embroidery that creates vividly colourful designs that are rooted in the traditional arts of the region. Men are mostly busy doing wood carvings to create legs of cots, tables, and other furniture; moreover, they also embellish doors and windows of huts (Bhoonga) with natural colours. 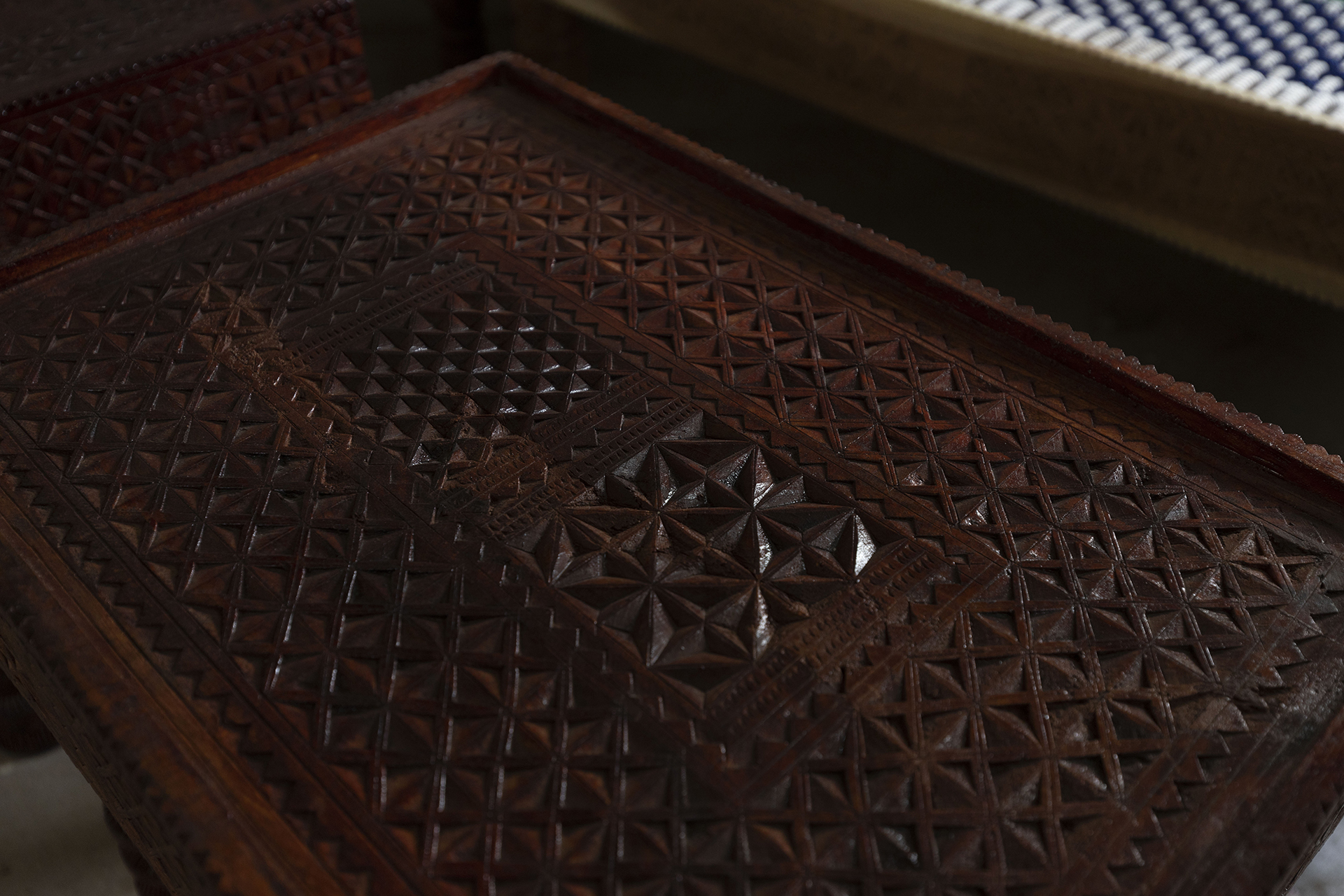 For lovers of ethnic and traditional wares, Ludiya is a haven for shopping. Visitors can buy colourful quilts with kaleidoscopic designs, pillow covers, bags and purses, ethnic jewellery, skirts with mirror-work, Ghaghra and Cholis. 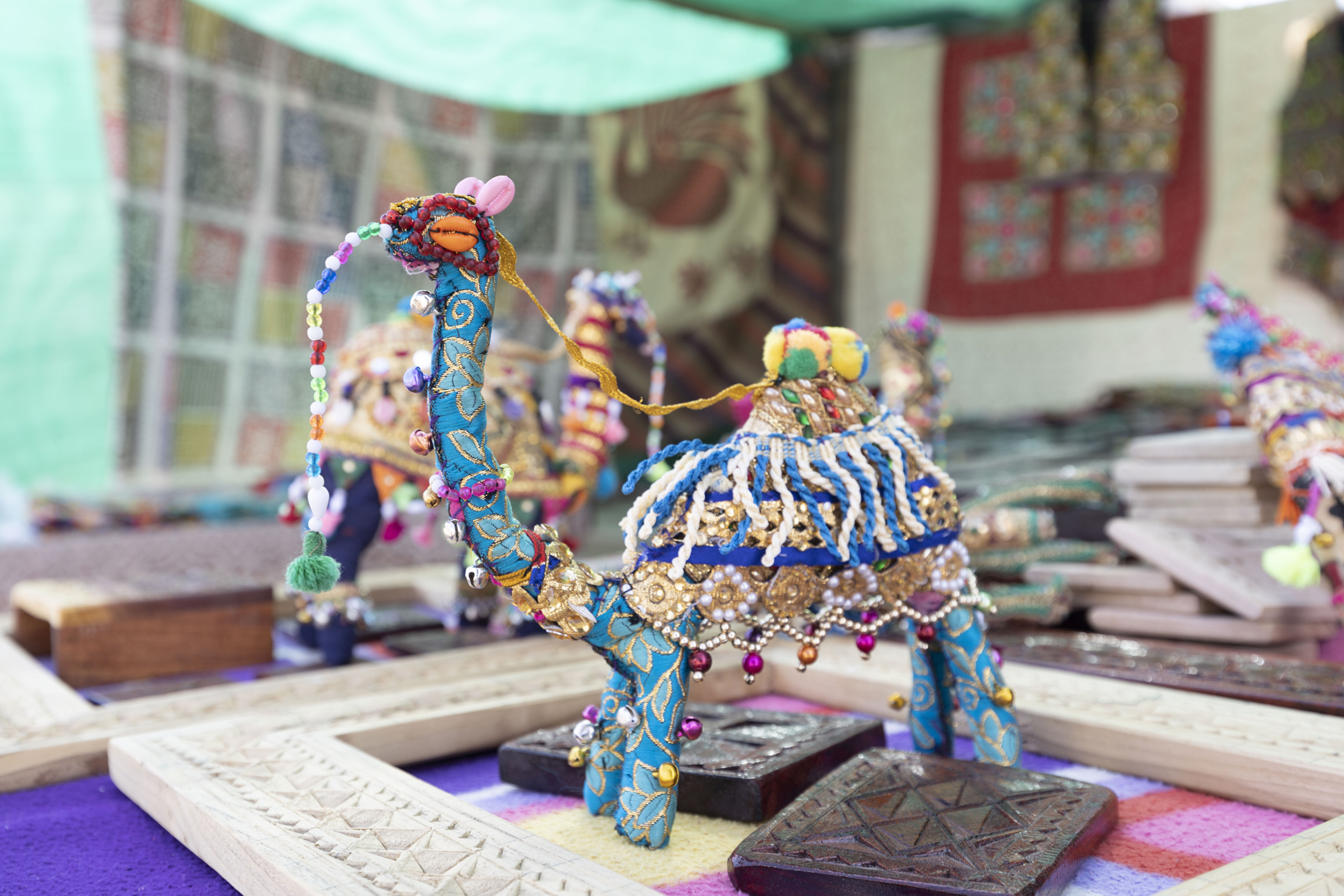 Kutch is inhabited by several groups and communities, who keep this desert colourful with their vibrant culture. Nomadic, semi-nomadic and artisan groups living here constitute a comparatively large group. Rabari and Ahir community are fairly large groups in the district. 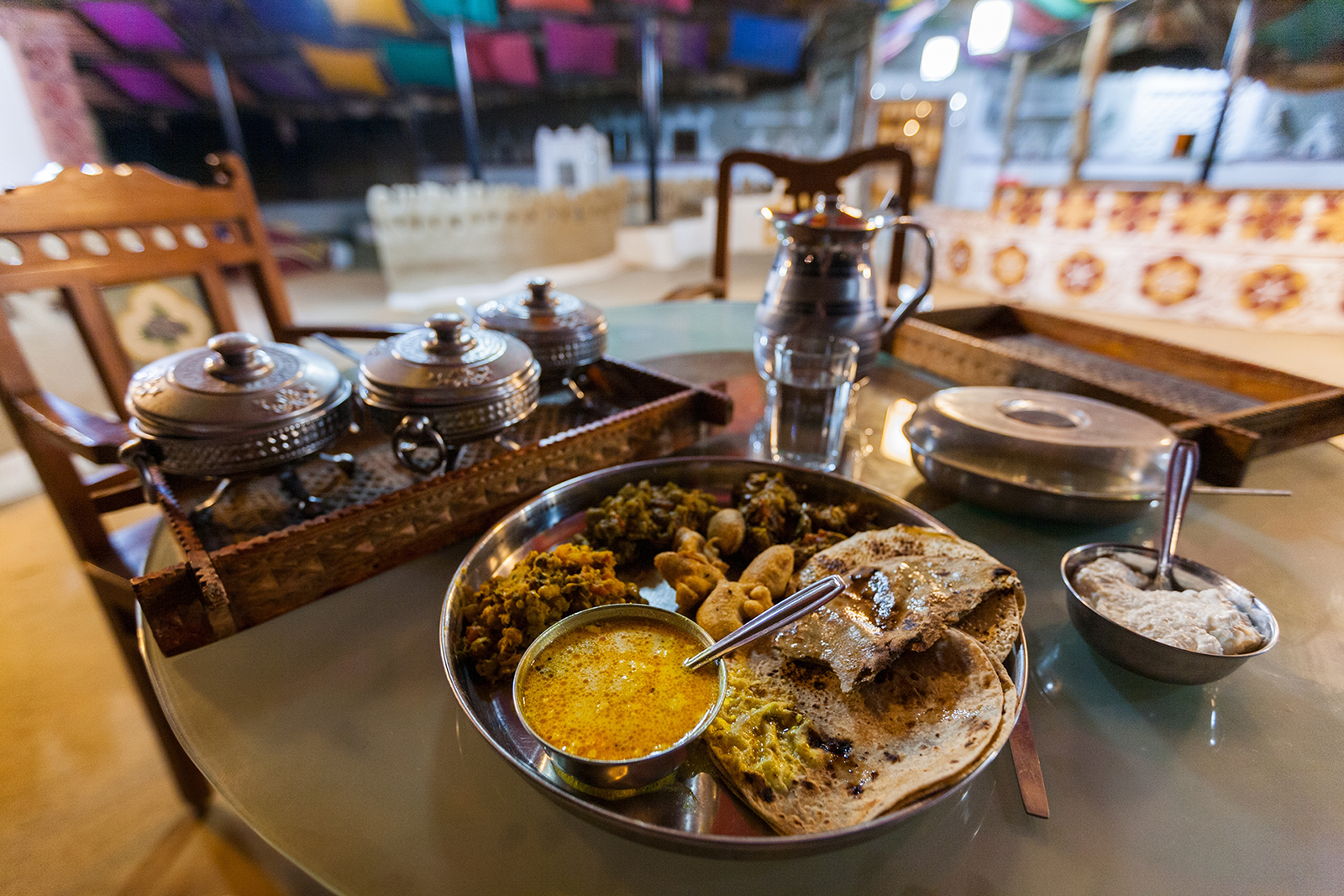 Most of the population of the Kutch is Hindu or Jain, and therefore, the food of the region is largely vegetarian. Jains also avoid eating root vegetables such as potatoes, garlic, onions, and yams. The district also features a sizeable population of Muslims, who eat vegetables, chicken, mutton and occasionally camel meat.

In the villages of the district, staple foods include kadi-khichdi, milk, and bajra (pearl millet). The latter of these was introduced to the region by a king named Lakho Fulani, who was himself introduced to the grain during his period of exile. Bajara na rotla with curd and buttermilk is also a staple among the Gujarati people.

In the region, milk is considered to be a sacred food; an offering of milk is considered a gesture of friendship and welcoming, and dispute settlements invariably involve the parties offering milk to each other. Tea is the most popular drink in this region. 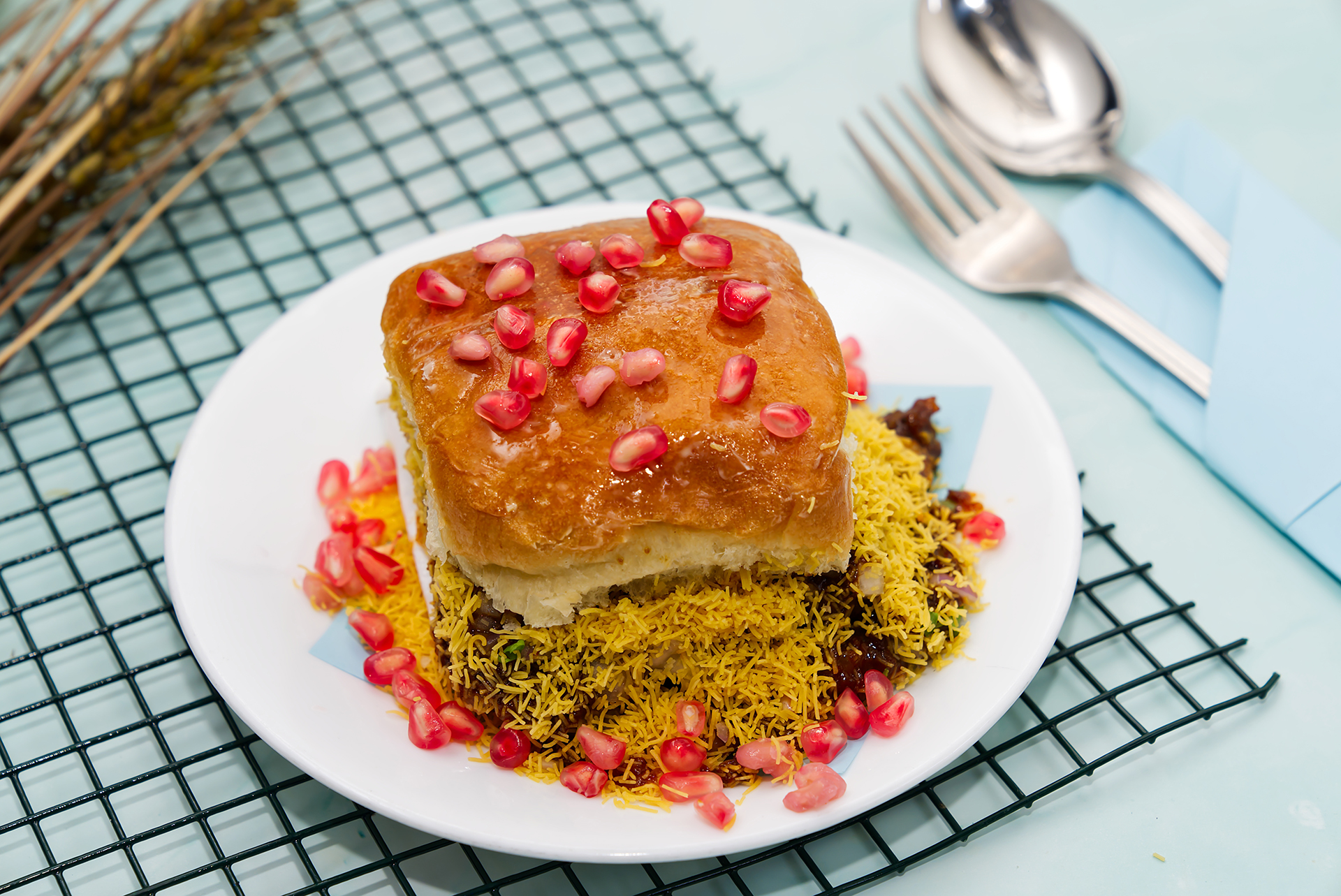 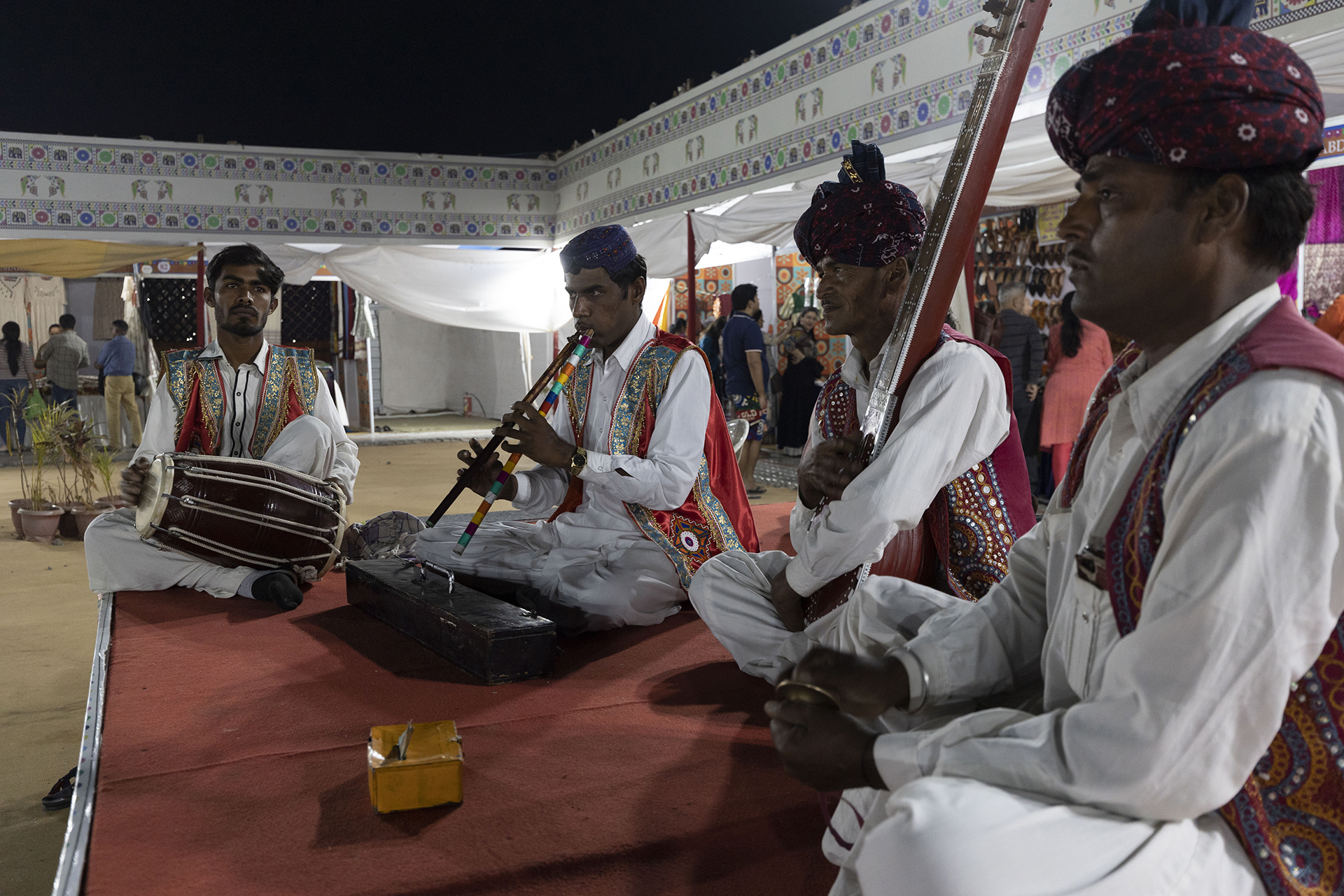 Like other parts of Gujarat, people in Kutch love to play music and sing folk songs while following their daily routine. Apart from entertaining their own self, local artists also perform at public gatherings, like Rann Utsav and other cultural programs arranged by private resorts and hotels.

Stringed and wind instruments are popular in this region as people here like to play Santar (a sitar like musical instrument) and flute occasionally, accompanied by other instruments.

Music forms robust bedrock of the culture of Kutch; through folk songs, artists recount the inherent values of this region. Another significant use of music is to invite guests to explore Kutch. During our visit to Kalo Dungar (Black Hill), we saw an old man singing a song on Santar. Having asked about the lyrics of his song, he said he was inviting people to visit this land.

Textile art of Kutch is internationally renowned as people from different parts of the world buy embroidered blouses and skirts from local markets. This unique needlework mastered by Rabari women is dense with motifs and a variation with mirrors sewn into the embroidery. Apart from Rabari, communities involved in this art are Rohanas, Sodhas, Garacia Jats, and Dhanetah Jats.

Artisans also do wonders on leather by creating handmade items like shoes, chappals, purses and other beautiful fashion accessories for men and women. 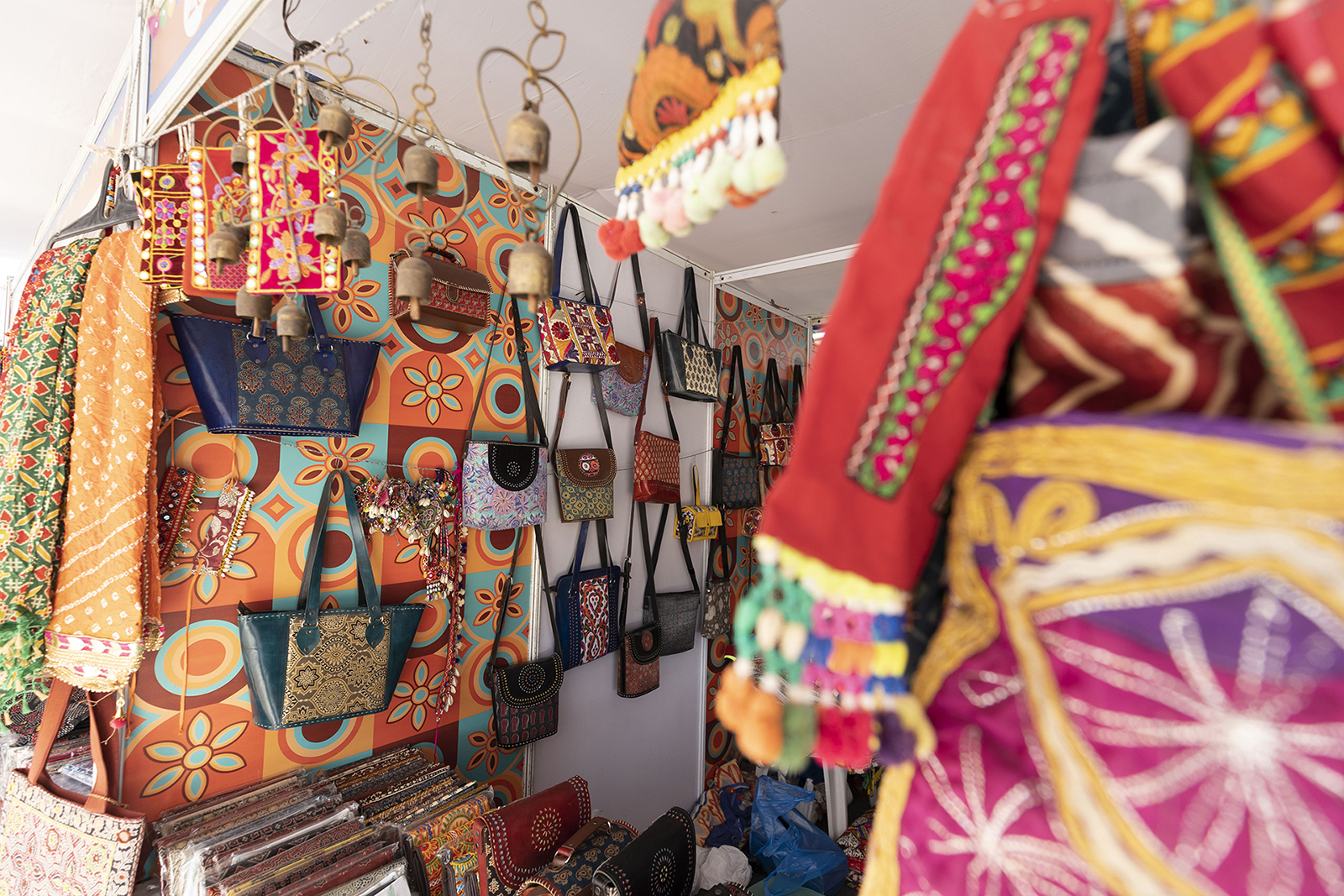 Within the category of Kutch embroidery there are several sub-categories as each tribe and sub-tribe produces a unique signature form of art.

Back up
x
x